Newlife Conceptual Limitedfulfilling your dreams of parenthood..
November 10, 2016 0Comments 1Like 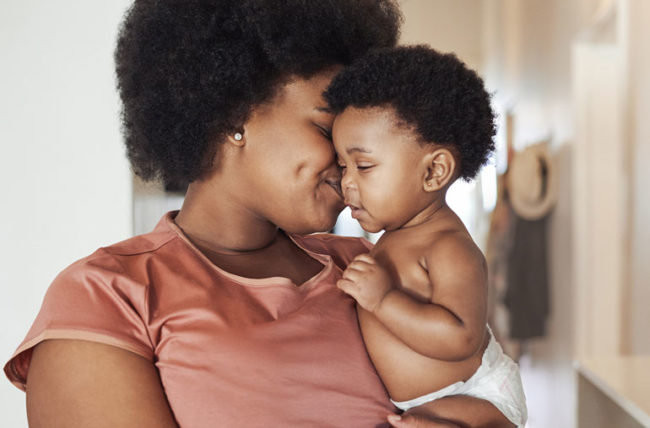 Endometriosis (en-doe-me-tree-O-sis) is an often-painful disorder in which tissue that normally lines the inside of your uterus, the endometrium grows outside your uterus. Endometriosis most commonly involves your ovaries, fallopian tube and the tissue lining your pelvis. Rarely, endometria tissue may spread beyond pelvic organs.

With endometriosis, displaced endometrial tissue continues to act as it normally would, it thickens, breaks down and bleeds with each menstrual cycle. Because this displaced tissue has no way to exit your body, it becomes trapped.

When endometriosis involves the ovaries, cysts called endometriomas may form. Surrounding tissue can become irritated, eventually developing scar tissue and adhesions, abnormal bands of fibrous tissue that can cause pelvic tissues and organs to stick to each other.

Endometriosis can cause pains, sometimes severe, especially during your period. Fertility problems also may develop. Fortunately, effective treatments are available.

COMMON SIGNS AND SYMPTOMS OF ENDOMETRIOSIS MAY INCLUDE:

The severity of your pain isn’t necessarily a reliable indicator of the extent of the condition. Some women with mild endometriosis have intense pain, while others with advanced endometriosis may have little pain or even no pain at all.
Endometriosis is sometimes mistaken for other conditions that can cause pelvic pain, such as pelvic inflammatory disease (PID) or ovarian cysts. It may be confused with irritable bowel syndrome (IBS), a condition that causes bouts of diarrhoea, constipation and abdominal cramping. IBS can accompany endometriosis, which can complicate the diagnosis.
When to see a doctor
See your doctor if you have signs and symptoms that may indicate endometriosis.
Endometriosis can be a challenging condition to manage. An early diagnosis, a multidisciplinary medical team and an understanding of your diagnosis may result in better management of your symptoms.

Although the exact cause of endometriosis is not certain, possible explanations include:

RISK FACTORS
Several factors place you at greater risk of developing endometriosis, such as:

Endometriosis usually develops several years after the onset of menstruation (menarche). Signs and symptoms of endometriosis end temporarily with pregnancy and end permanently with menopause unless you’re taking oestrogen.

How Does Endometriosis Affect Fertility?

Exactly how endometriosis is causing a patient’s infertility can sometimes be unclear, and depends on the stage and severity of the disease. One or more factors may contribute to the problem, including:

Endometrial deposits can cause obstructions in the fallopian tubes which block the egg from traveling through the tubes during normal ovulation. This physical blockage can prevent fertilization.

The “chocolate cysts” which endometriosis can cause in the ovaries may interfere with normal ovulation, can block egg transport, and may even damage the ovaries, resulting in decreased ovarian reserve, in such cases we recommend the use of a DONOR EGG

Infertility can occur even in relatively mild cases of endometriosis where there are no physical blockages or adhesions that prevent normal ovulation. Exactly how endometriosis causes infertility in these cases is not completely clear, but studies have indicated that the presence of endometriosis changes the intraperitoneal environment. Either the endometrial cells themselves or the body’s immune response produce biochemical substances such as prostaglandins which have anti-fertility effects and may make it more difficult to conceive.

Compounding the fertility problem is the fact that many treatments designed to combat the pain and heavy periods caused by endometriosis are incompatible with pregnancy: birth control pills and other hormonal treatments may halt the progression of the disease, but these medications work largely by suspending menstruation and the natural ovulation cycle. A woman who wants to become pregnant will have to suspend these endometriosis treatments, which ultimately results in the return of her symptoms. In these cases, time is of the essence: getting pregnant before severe symptoms return is the best-case scenario.

Laparoscopic surgery to remove endometrial lesions is a useful treatment, but depending on the size and location of the lesions and the age of the patient, it can have a detrimental effect on ovarian reserve. For younger patients with advanced endometriosis, surgery to remove large endometriomas can improve fertility, and may be indicated before beginning an IVF cycle. For older patients, proceeding directly to IVF is usually a better course of action.

Is IVF A Good Treatment Option for Women with Endometriosis?

IVF is usually the best plan for infertility patients with endometriosis, and the prognosis is surprisingly good. We find that IVF patients with this diagnosis generally do just as well as our patients who do not have endometriosis. IVF can provide hope for women who have been struggling with this disease for a long time and worried they would never be able to achieve a healthy pregnancy. You may need some special monitoring and careful management of fertility medications, which can temporarily aggravate endometriosis symptoms, but your chances of success are good. Getting pregnant often brings relief from the pain of endometriosis for the duration of the pregnancy, though once the baby is born you will probably need to resume treatment for your symptoms.

Suffering from endometriosis can be debilitating. When you add the heartbreak of infertility to that pain, it can be an especially isolating experience. If you have endometriosis or suspect that you might, it is important to find a medical team that understands this disease and can guide you through your options for treatment and for fertility.

Even if you are not ready to conceive right now, it is important to seek help: untreated endometriosis can get progressively worse, and you may wish to take proactive steps to PRESERVE YOUR FERTILITY. With the right support, endometriosis does not need to stand between you and your dreams of building a family.

WHAT’S TO DO AFTER A FAILED IVF CYCLE

BEING A PARENT THROUGH SURROGACY